Yelp has built a brand that gives the impression of fairness and authenticity without actually delivering either. Their reviews are no better than bathroom graffiti.

How do you know when a company is circling the drain? When its salespeople can’t explain what they are selling or give a legitimate defense of the product. Based on the discussion I had with a well-intended yet totally confused sales rep for Yelp, they are a poster child for failure. They may be showing profits in their quarterly earnings reports but their approach is antiquated and in a death spiral because they are alienating the very businesses whom they hope to sell their “products.” 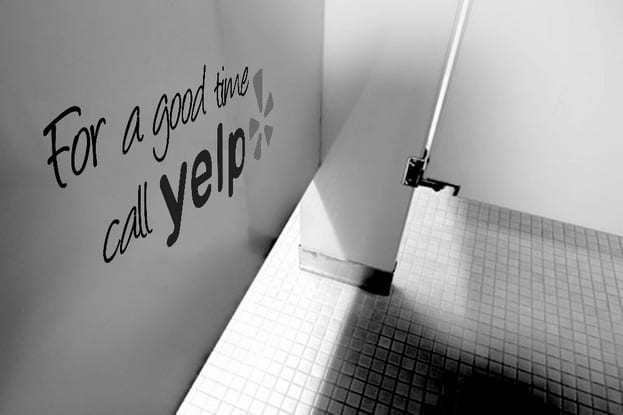 Yelp’s claim to fame is their extensive network of local business listings which have been made artificially important by their anonymous review system. The system allows anyone to set up an account under an alias and post reviews of businesses. While the idea of providing a forum for consumers to share their experiences is great, it carries a tremendous burden for authenticity. The use of fraudulent reviews to negatively impact businesses has been a problem since the site’s inception and their inability to moderate them has created interesting problems for them as they attempt to monetize their web presence. Their current approach is to sell businesses enhanced listings and display ads in their system despite the fact that they have built an adversarial relationship with the very businesses they hope to extract money from.

My story actually began 2 months ago when a disgruntled employee who quit decided they would plaster a fraudulent review on Yelp. It was a sophomoric attempt and had all the indicators of fraud. A new account, one negative review for my business and five glowing reviews for competitors on the same day (some of which were actually dead listings for companies that were no longer in business). I became aware of it because I monitor my brand. When I saw it, I wasn’t particularly concerned because Yelp’s main sphere of influence is with restaurants. It’s tough to find a web development company that has a Yelp review, but never the less I wanted it addressed. So, I began my journey.

A day later the negative review disappears from my listing into an area that can only be accessed via an additional click on a link “reviews that are not currently recommended.” Problem solved. Then I get an actual response from Yelp stating that they can not determine if the aforementioned review is fraudulent and therefore cannot take any action.

Hmmm. I guess their authenticity filters have kicked in unbeknownst to them. Oh well, all’s well that ends well. No, not really. The next thing I notice is all of the 5-star reviews that my real clients, who used their actual names and web URLs, are disappearing into the “reviews that are not currently recommended” section. This is perplexing but not particularly troublesome because there is little value for Yelp in my industry. I simply did not want to be represented by a single fraudulent negative review. One by one all the reviews disappear until my listing returns to where this all started (and where I am quite happy to be) with 0 reviews.

But it’s not over yet.

It would appear that Yelp monitors traffic on the listing they generate and when they see an uptick in clicks on a listing, they view that as an opportunity to pitch some of their paid services.

Back to the phone call from Yelp…

So I get a pleasant but clueless sales rep singing the praises of the traffic Yelp has sent my business and that she would love to discuss some exciting options Yelp can offer me to help my business further.

“You can stop right there.”

I proceed to tell her that Yelp has a serious brand problem and zero credibility with me. She asks why and I tell her my whole story and she tells me that the positive reviews were probably filtered because they were solicited. Yelp wants them to be spontaneous.

Really? They used their names and their sites and my business name is in the footer of their site to verify that they are indeed clients.

She agrees that it is unfortunate and that if I can’t see past the reviews then we will just have to agree to disagree.

I’m apoplectic at this point.”See past the reviews? It’s your claim to fame. It’s how you have leveraged your way into making me deal with you and it is wholly inexcusable and indefensible.”

At this point, the poor salesperson was making a concerted effort to end the call so I let her. In the end, it was nothing more than an annoyance for me but there are many businesses that have been seriously damaged because of the irresponsible moderation of reviews by Yelp. Consumers are slowly becoming aware that the value of Yelp reviews is always questionable, good bad or otherwise. This will hopefully marginalize the site’s relevance even further.

Their current state of quality mimics another more traditional medium for communications. Those listings can be found on the bathroom walls of bars and bus stations. Maybe that’s unfair to graffiti, at least readers know what level of accuracy and truth to expect while they are in a stall.

With Yelp, they have built a brand that gives the impression of fairness and authenticity without actually delivering either. 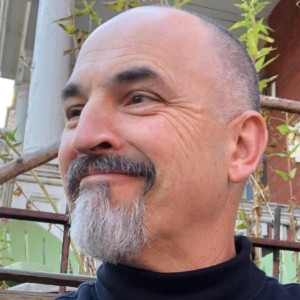